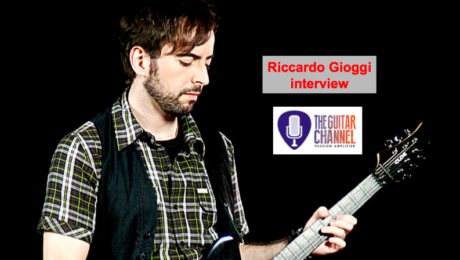 Riccardo Gioggi contacted me in February 2013, and each time the shuffle mode on my iPhone offered me a song from his album Theory of Dynamics, I took my phone from my pocket to check-out who it was: a very good sign! I had to do an interview with this great musician from Rome, Italy. 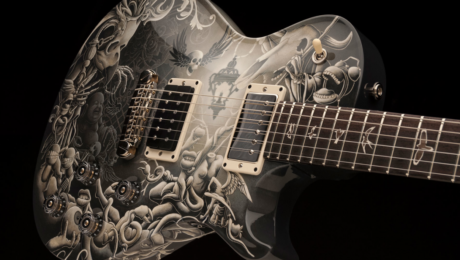 Mark Tremonti interview from Alter Bridge during the 2014 Hellfest

Here's the interview with Mark Tremonti at the 2014 Hellfest right before he went onstage with Alter Bridge. 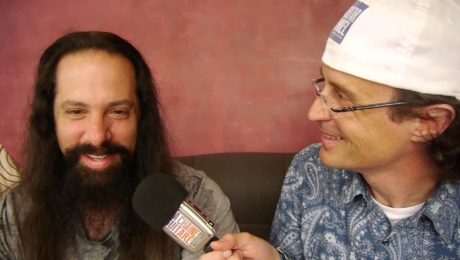 Here's the 20min interview with John Petrucci done in Paris right before the Dream Theater concert at the Olympia on July 7th 2014.
Subjects discussed in the interview

His first guitar, his training, his influences
The recording of the last Dream Theater album
How it was composed and recorded
The details of the gear used on the record
His approach to a concert with G3 compared to with Dream Theater
His word of wisdom to progress 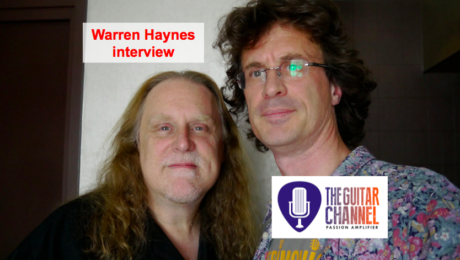 Do I need to write an introduction for Warren Haynes? He was in Paris for a concert with Govt Mule so I jumped on the opportunity to interview him guitar in hand to talk about Shout!, the latest Mule release, about his career so far, about his approach to guitar and many more. 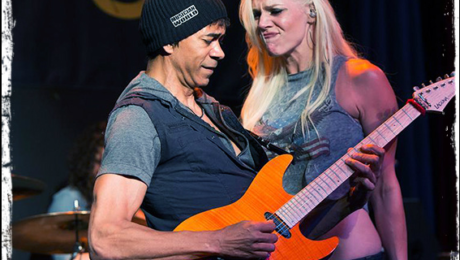 Here's Greg Howe interview. Greg is no newbie, he has been around for a while in the guitar world. I was thrilled to see him involved in a vocal project with the band Maragold with the lead singer Meghan Krauss. Their debut album is super cool. I highly recommend it. 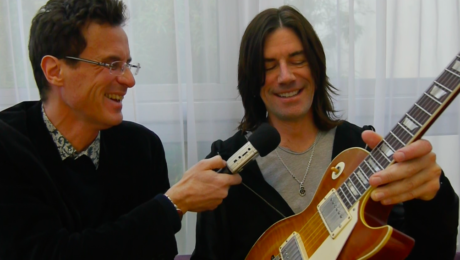 Hey Pete Thorn titled his solo album Guitar Nerd so I guess it gives me the right call him that right? If you are a gear addicts (as we all are at one level) you must have viewed one of the numerous videos Pete has on his YouTube channel. 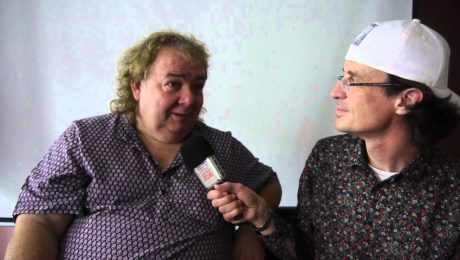 Bernie Marsden is one of those guitarists found in the lineup of bands from UFO to Whitesnake not to mention countless collaborations. 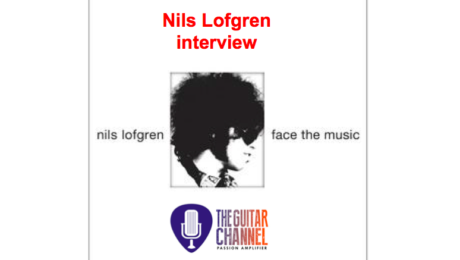 Nils Lofgren has released a retrospective of his music in the form of a box set of 9 discs! Given his career, especially playing with the Boss, Bruce Springsteen, in recent years, an interview was required.

I admit to not being an expert of his music, so I dove with curiosity in this huge mass of music that reveals very different facets of the musician. 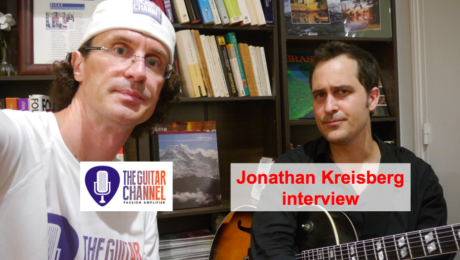 Jonathan Kreisberg interview, one of the hottest Jazz player around
Sunday, 20 July 2014 by Pierre Journel

Jonathan Kreisberg was in Paris for a tour with Doctor Lonnie Smith. 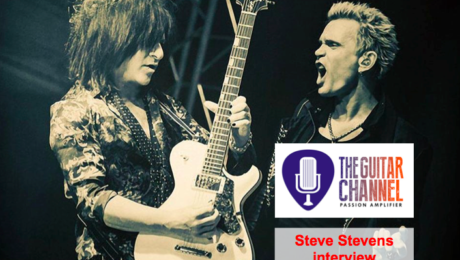 Steve Stevens is one of those guitarists who have many strings to their bow. Indeed, not only is he an outstanding soloist but also a composer who has signed several tubes Billy Idol among other things, not to mention movie soundtracks, his solo projects, etc.. 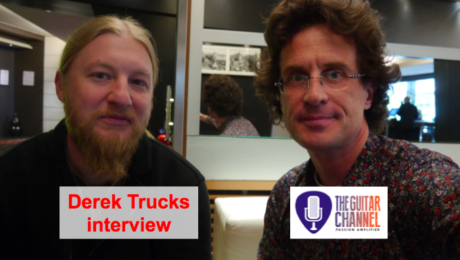 Derek Trucks was in Paris with the Tedeschi Trucks Band for a show at the Olympia. I jumped on the opportunity to do a video interview of Dereks. Above is an extract of the video.
Free version
A short version of the interview is available in audio below and via a downloadable podcast (iTunes link). 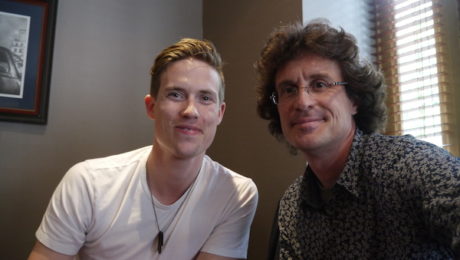 Jonny Lang fights for his soul

In June 2013 I had the pleasure of meeting Jonny Lang for the release of his album "Fight For My Soul." You can see an excerpt of the interview video above.

Ivano Icardi interview: the passion of Italy on a Strat

Here's Ivano Icardi interview in audio. Ivano, it's all the passion of Italy on a Stratocaster! 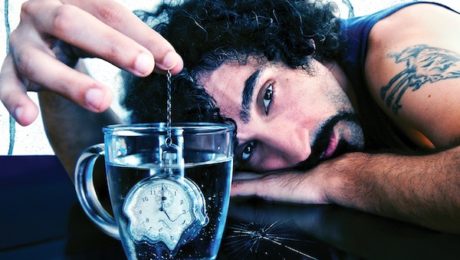 Yossi Sassi is a guitar player from Israël and when I listened to his album Melting Clocks I found he was able to create a very exciting mix of high powered instrumental guitar with oriental music. 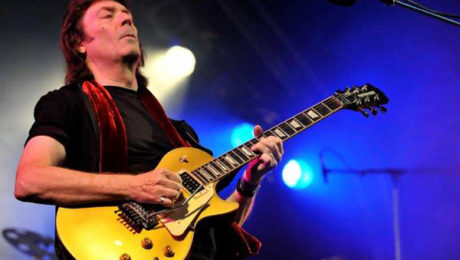 Here's an audio Steve Hackett interview. Steve is a true superstar of the guitar, whether because of his work with in Genesis or through various solo projects or group, he has a touch of his own. Whether you're a fan of progressive rock or not, the music of Steve can not leave you indifferent. 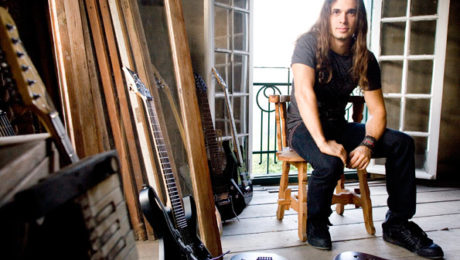 The metal guitarists are plenty, let's face it, but those who have a wide range of expression are not that many. Kiko Loureiro is one of those, that's why I wanted to interview him for his solo album "Sounds of Innocence". It has plenty of musicality and strong melodies all over the record and, of course,  with a breathtaking technique.

Well known to play in the progressive metal band Angra, Kiko delivers with a great solo album of instrumental music. 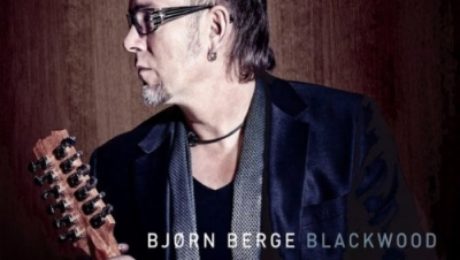 For the second time I had the pleasure to meet and interview Bjorn Berge the great norwegian guitar player. The first time was last year in this episode. The guy can be pretty intimidating but he is very cool and extremely nice.

I was at his New Morning show the night before we did the interview, he gave a superb show. The place was packed and the crowd very responsive to Bjorn. 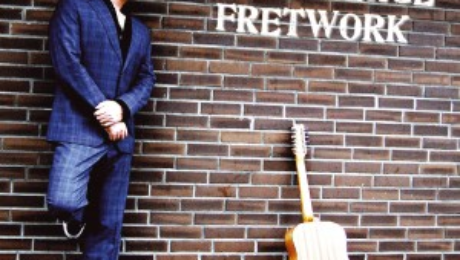 Here is a great acoustic norwegian guitar player in this episode.

The intro of this show is in french then the interview in english kicks of at 8:22 into the mp3 file.