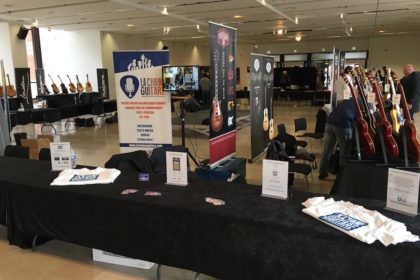 The Guitares au Beffroi 2016 festival just ended in Montrouge, just outside of Paris. It is time to make a summary of it. The Guitar Channel was an exhibitor at the guitar fair so this will be the main focus of the post.

Kudos to Armel Amiot, the guitar fair organizer (watch his interview here), who was able to organize an event in a difficult context. 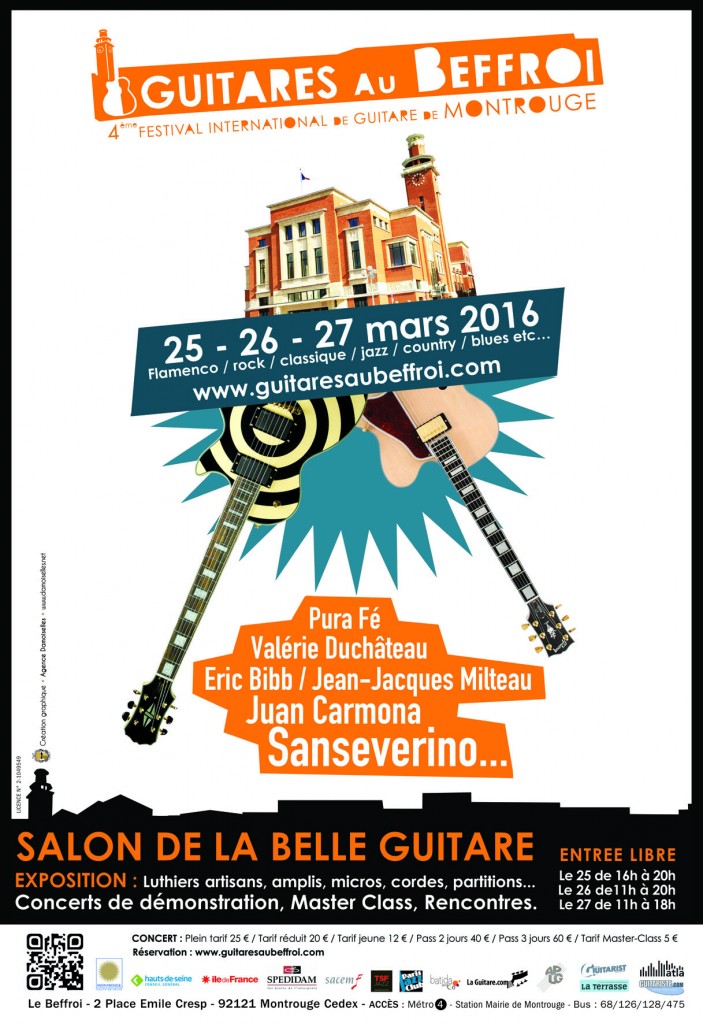 During the show I took a lot of short video clips with Snapchat. Those were compiled in Snapchat Story every day. Most of the comments are done in French but the videos will give you a good idea of the guitar fair itself.

If you want to follow The Guitar Channel snaps, add pierrejournel in your Snapchat app.

Photos for the Beffroi 2016

One of the most interesting new aspect of this year edition was the presence of guitar brands such as Eastman, Larson Bros. and Maybach along with the traditional luthiers. This was very well received by the visitors who were able to see a very wide range of instruments.

The Larson Bros. booth with the guitars built by luthier workshop Maurice Dupont in France: 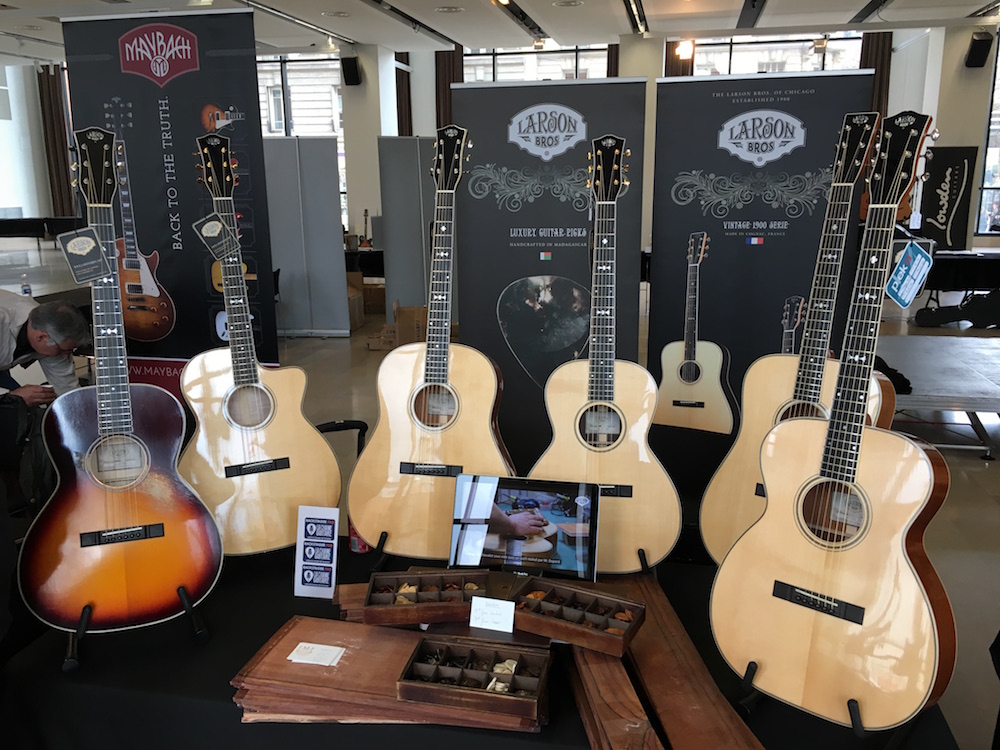 The Maybach booth with some very nice solidbodies built in Czech Republic and the one semi-hollow (again) built by Maurice Dupont workshop: 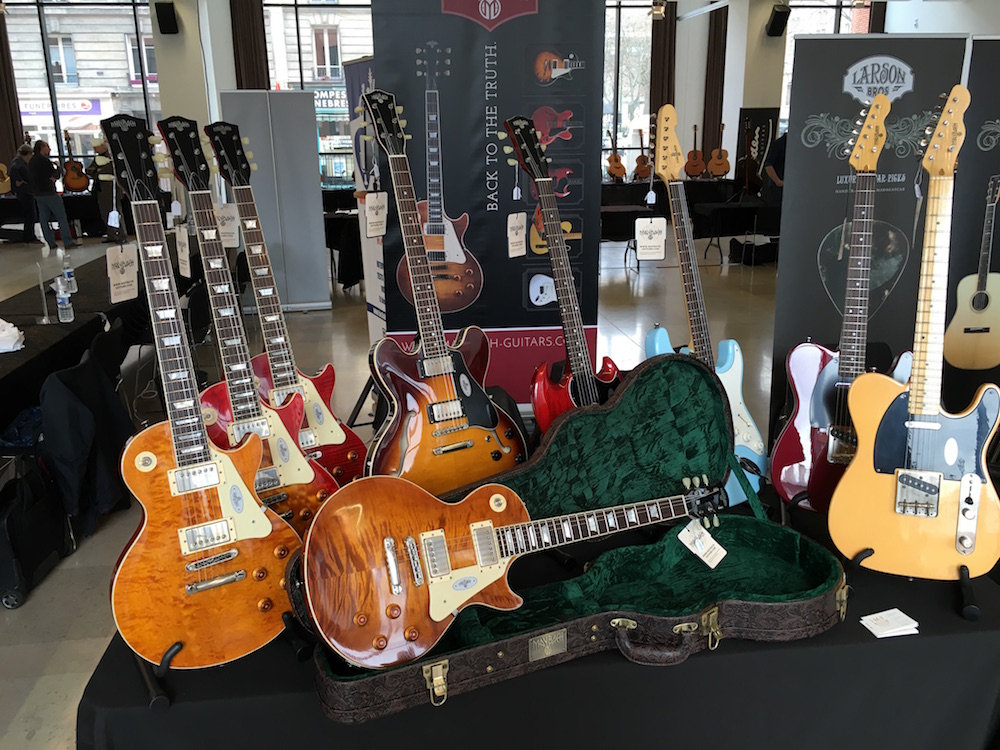 The Eastman booth with a wide range of instrument from mandolins to archtops, all built in China with a very high quality: 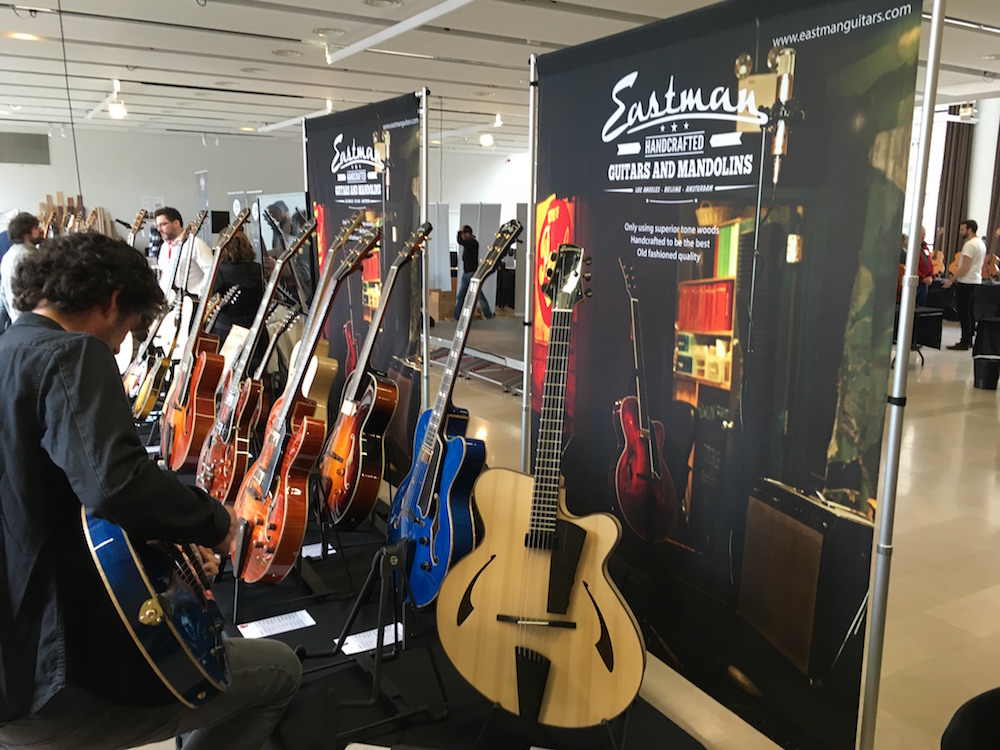 The Soultool booth. Watch the luthier Egon Rauscher interview in this article: 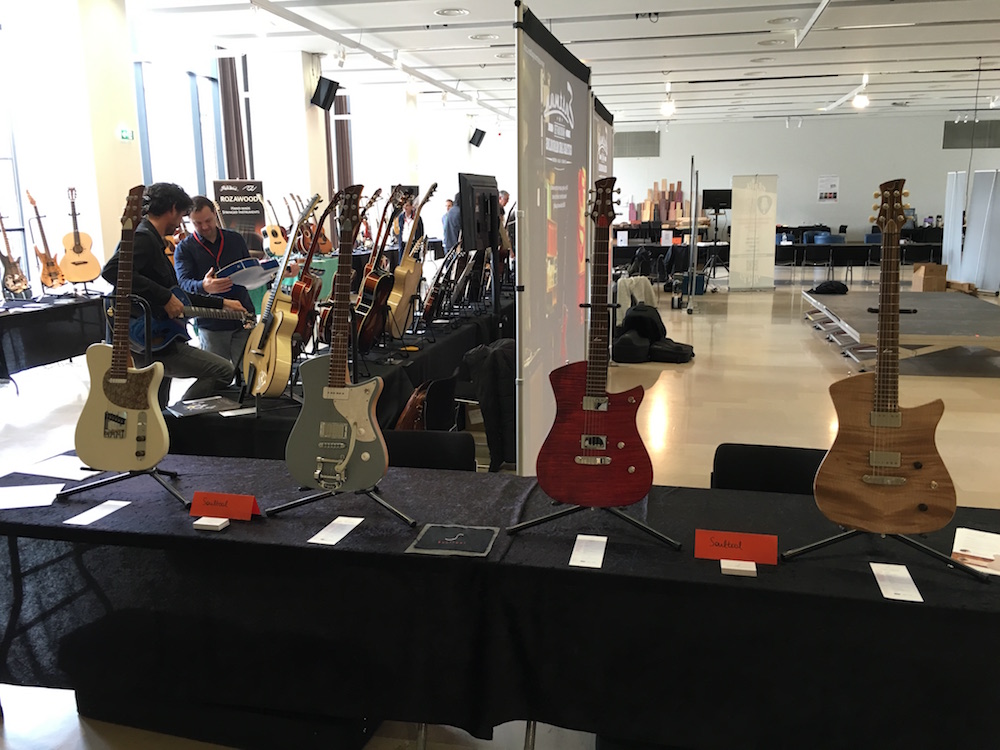 Franck Cheval booth. Franck was one of the few French luthier present: 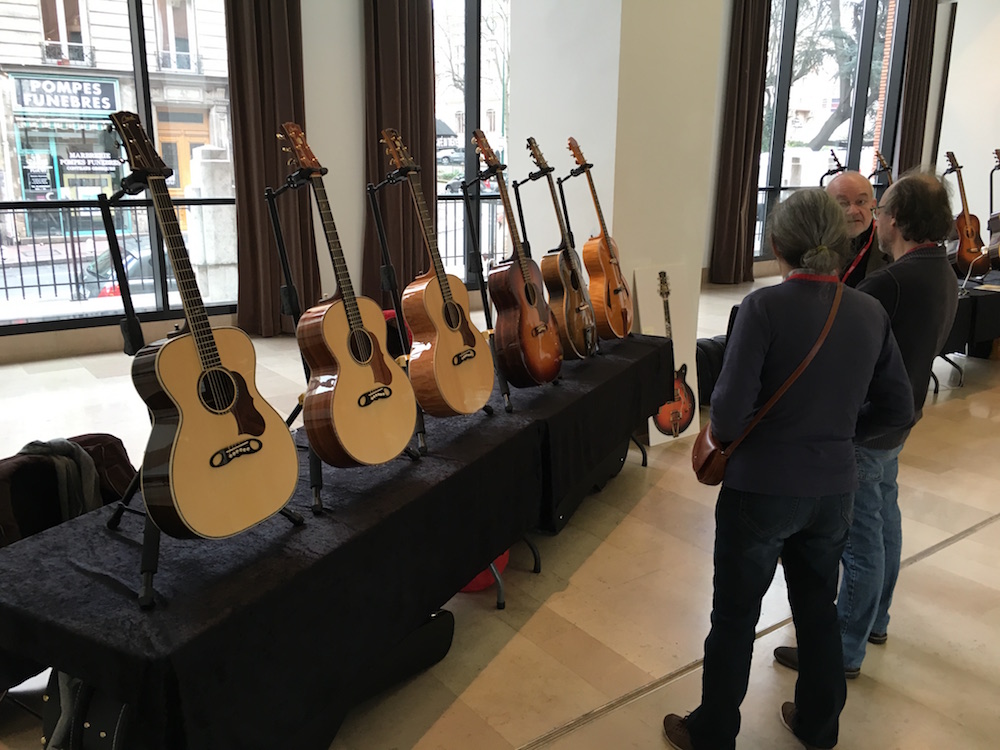 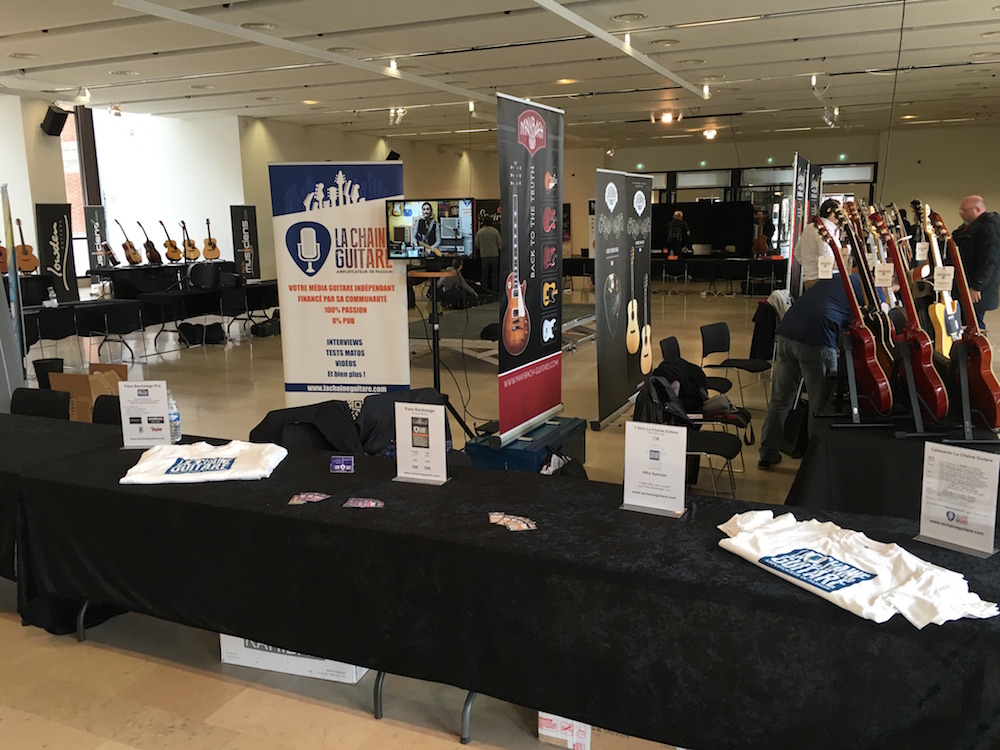 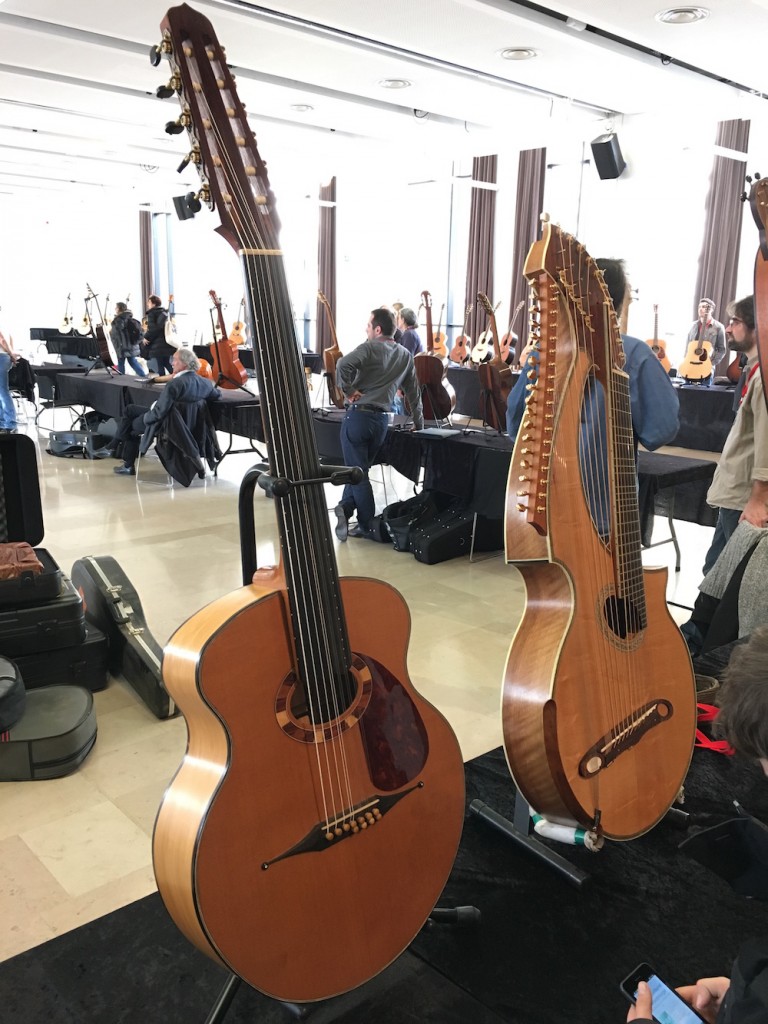 The axis of improvement

Summary of this Beffroi 2016

With a little more than 1 800 free visitors between Friday 4pm and Sunday 6pm, the guitar fair had a pretty good attendance especially as it was a long Easter week-end.

As a guitar media, I can only regret that the French luthiers via their association the APLG (www.aplg.fr) and the organization of the festival did not reached an agreement. It is very sad to see a number of exhibitors going from 75 last year to 30 this year. In the end, it does not help anyone and it creates harm to the guitar world as a whole. Many visitors expressed their surprise to me when first arriving in the room.

These two actors, the APLG on one side and the organization of the festival on the other, really need to sit down again and discuss for next year edition to be able to exploit the full potential of this event.

Note that The Channel Guitar is part of the APLG as an associate member.

I think it is important that the French luthiers organize themselves better especially around a real unifying project such as organizing a guitar fair, either like the Beffroi or another. This is not the case today. To this end the APLG should learn from the EGB (European Guitar Builders, its European counterpart, where The Guitar Channel is also a member) which organizes every year with success, in my opinion, the Holy Grail Guitar Show.

Wrap-up for The Guitar Channel of Beffroi 2016

Until the next interview or the next article, keep on playing the guitar !

You enjoyed this article?
Get the Backstage Pass to watch the full video and more 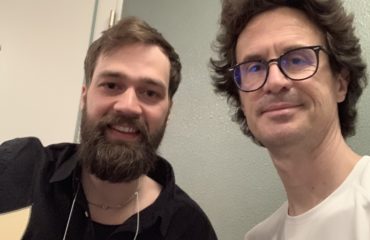 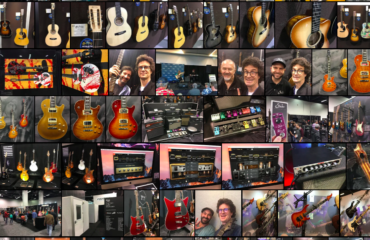 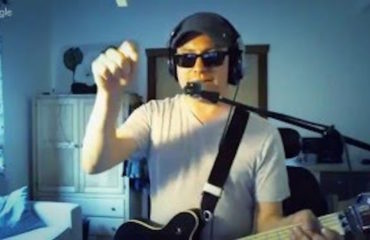