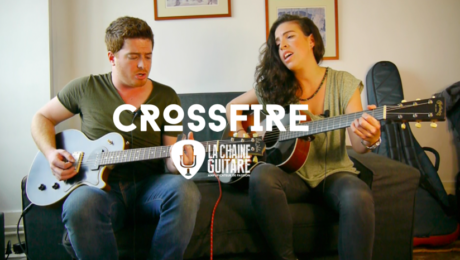 Discover Crossfire, a duo composed of Allison Mareek (guitar/vocals) and Etienne Prieuret (guitar/vocals) who proposes a powerfull and bewitching Folk/Rock kind of music. Their self-titled debut EP is great. We did an interview in French with Allison and Etienne on La Chaîne Guitare and took also the time to record the sessions you see below. 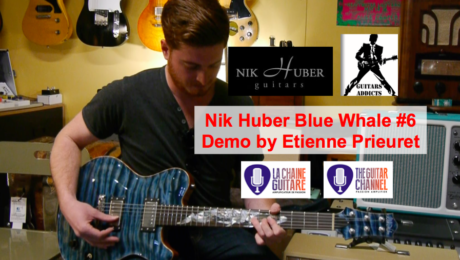 Video recorded on May 17th 2015 at Guitars Addicts in Paris, France when Nik Huber delivered the Blue Whale #6 to the owner, Didier. Etienne Prieuret, pro guitar player, improvised this demo on this superb guitar on the Rhythm channel of an Imperial amp from Tone King (above) and on the Leach channel (below).

The Blue Whale guitar is a 25 limited edition run. It is based on the Dolphin model from the Nik Huber catalog.