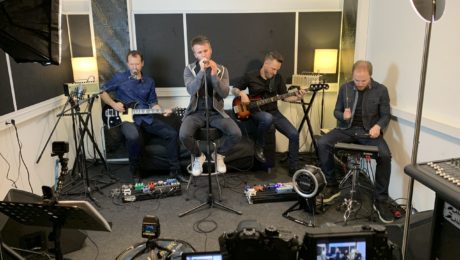 On February 13th, 2020 The Guitar Channel joined the band Soho Riot (facebook.com/SOHORIOTRock/) at Studio Luna Rossa in Paris, France where they were rehearsing, doing an interviewing yours truly and recording sessions. The songs below are compositions by the band which is releasing their EP in March. Soho Rio is composed of Edouard Dornier on