That's the kind of artist Pierre Bensusan is. When he decides to look back on 40 years on the road, he makes a selection to present us with a great triple live album with 35 songs including some unreleased ones.

With 35 songs including 11 previously unreleased, I can assure you Encore is an amazing musical journey. 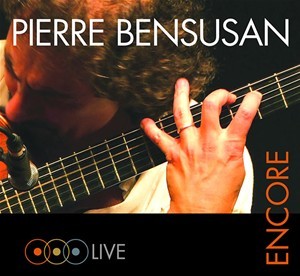