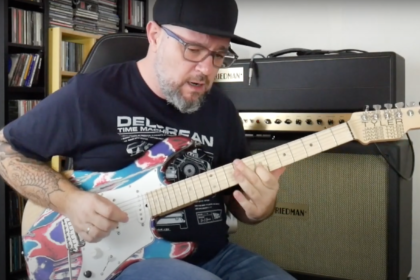 While passing on one of Jean Fontanille's Facebook live where he was presenting three of his Super Strat type guitars, I hear him playing a superb melody and ask him what it is. It was this fabulous song by Andy Timmons called That Day Came from the album Theme From a Perfect World. A few days later, Jean posted the following version of the song on his YouTube channel.

A version by the youtuber Bedroom Guitarist

What I love about this song

That Day Came perfectly synthesizes the quintessence of Andy Timmons' style. Indeed, we find here his incredible sense of melody that manages to touch you.

The use of the dynamics of play is here perfectly mastered. As a reminder, the scientific definition of dynamics is the difference between the strongest and the weakest level of the signal.

In general, in Rock music, the dynamics is quite limited, here it is the opposite. Andy varies the power of his playing by alternating very soft passages with more muscular ones. This is especially noticeable in the solo guitar version above where a wide variety of sounds can be heard.

Jean Fontanille's version is very successful. It is a style where we rarely hear the Bordeaux guitarist play. It's a pity because he puts a lot of emotion in each note. Bravo Jean!

Bravo Jean and thank you for making me rediscover this fabulous song.

Now it remains to work on it again and again to explore all the nuances to bring to it. No big technical difficulties in the sense that there is no insurmountable acrobatics to play. On the other hand, the fingerings are not easy to do. There are few notes and they all count much more so when you make a mistake, it can be heard much more than on a fast piece.

But what a pleasure to play! Even if there is still a lot of work to do to release a version vaguely approaching the quality of Jean's, one can have a lot pleasure to play That Day Came. 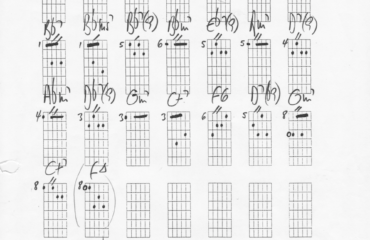 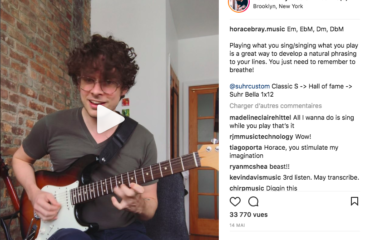 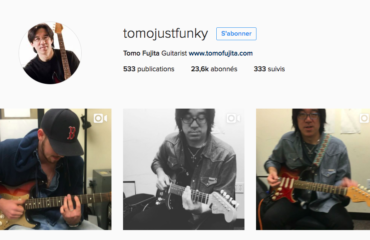