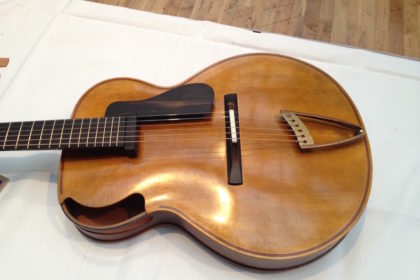 It was one of the highlight of the week-end in Berlin to do a Ken Parker interview during the Holy Grail Guitar Show. Ken is a living legend amongst guitar builders, he is as famous as he is nice to meet and easy to talk to. I really had a blast talking to him, I think it shows in the interview.

The Backstage Pass will allow you to view as well as the other interviews done in Berlin with guitar building legends such as William "Grit" Laskin, Michihiro Matsuda, Juha Ruokangas and many more. 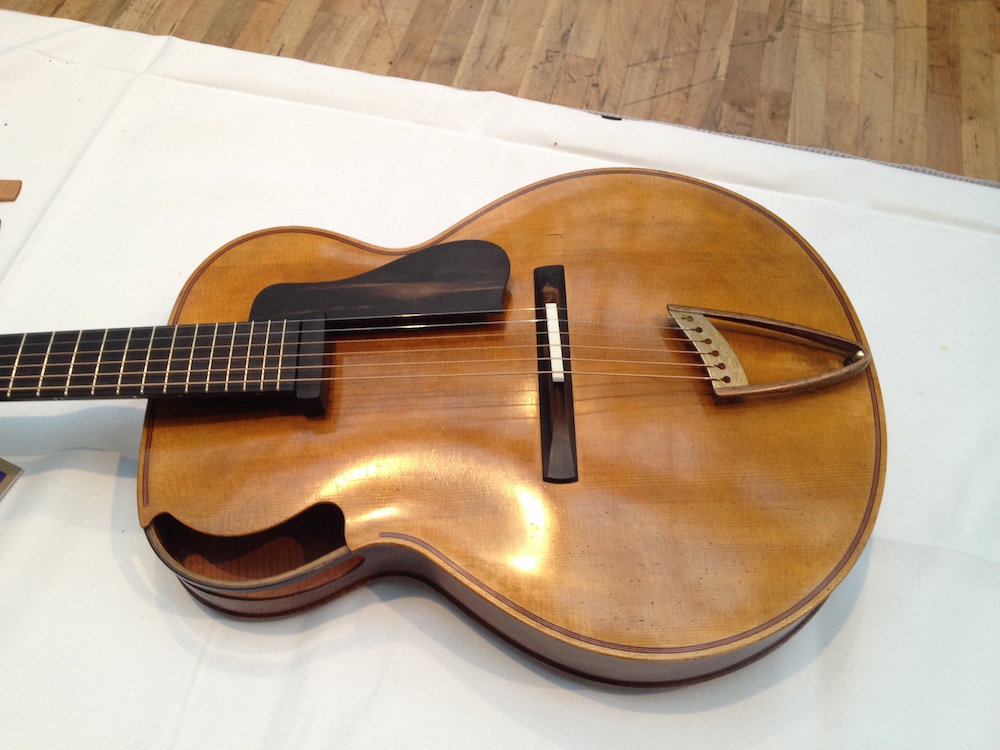 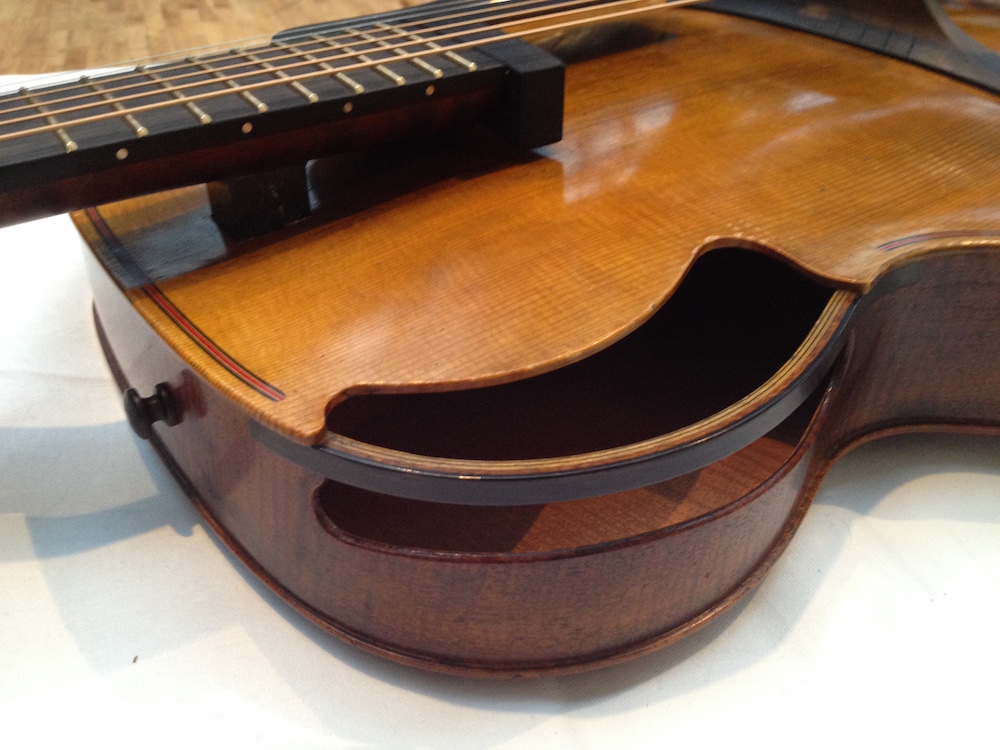 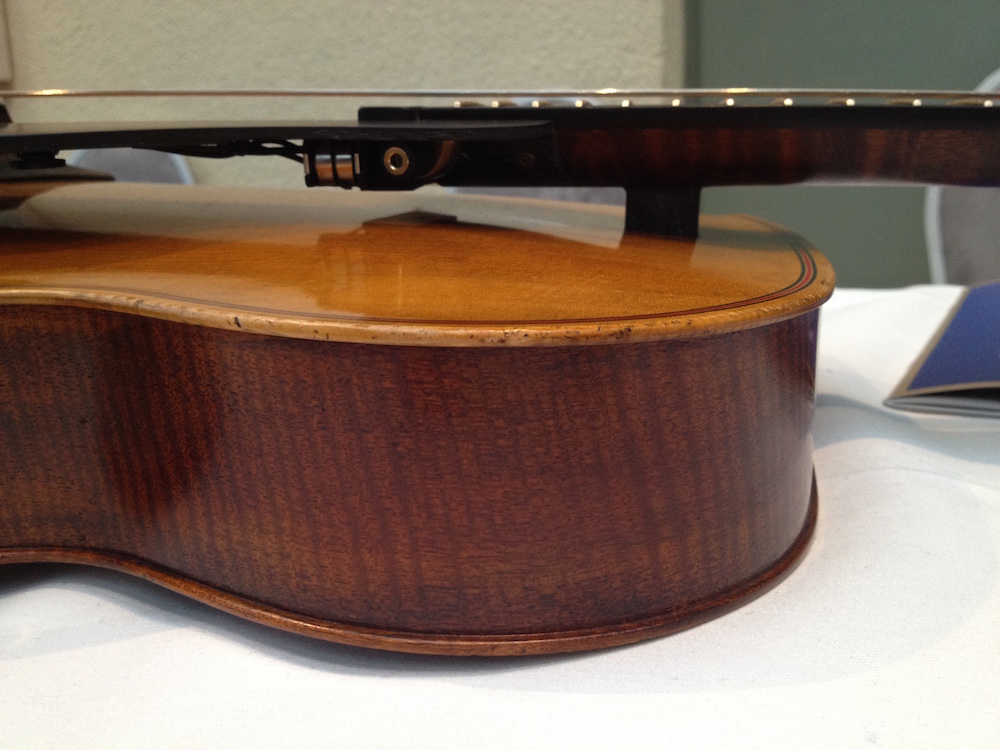 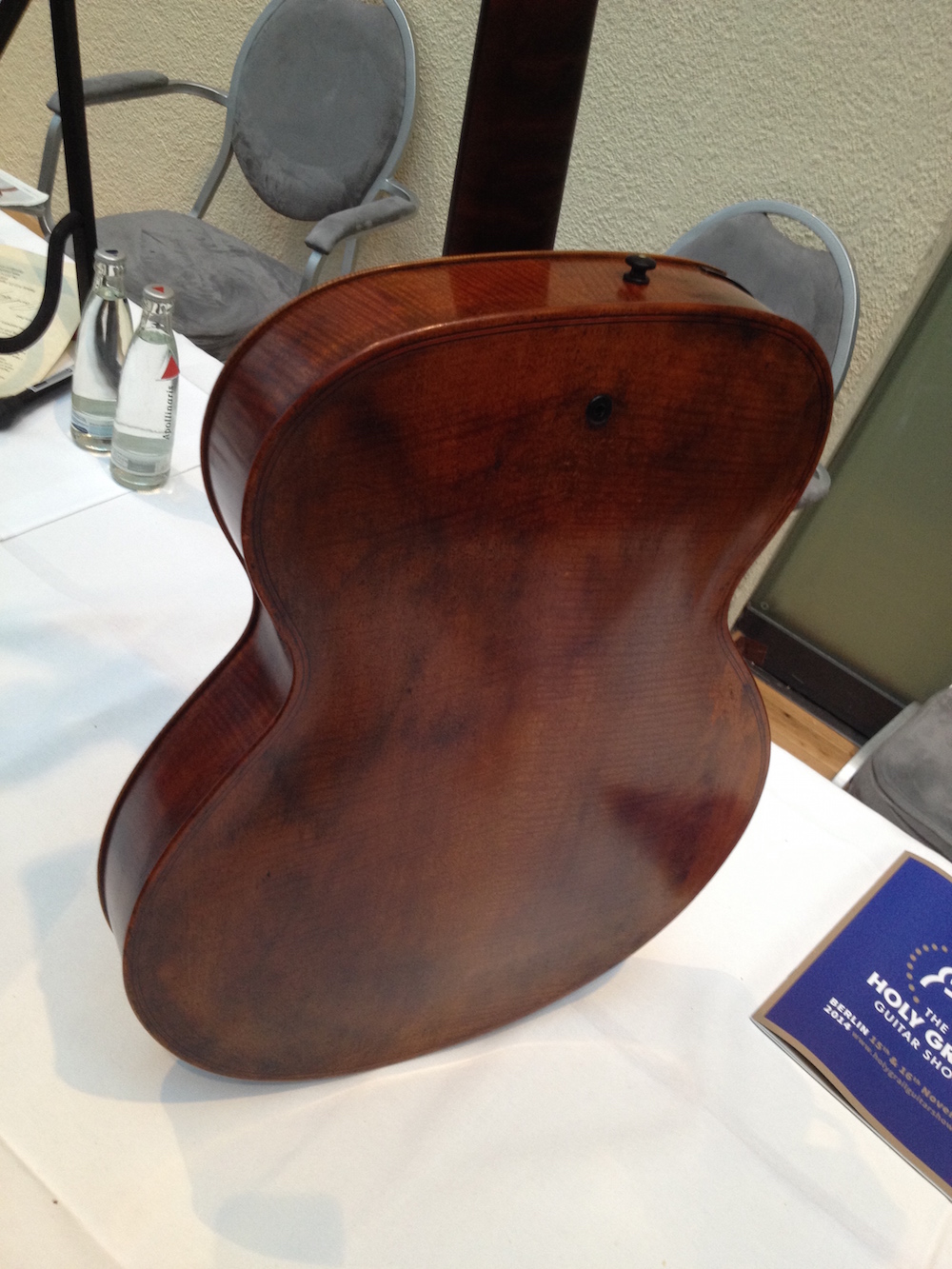 On Sunday morning I arrived early at the Estrel hotel which hosted the show, very few people were there and Ken's very own guitar was there patiently waiting for someone to play her on his table. So I decided to pick it up. It was pretty cool to spend some quality time with such an instrument. You can even see my silly happy face on the selfie below I took right after that episode. 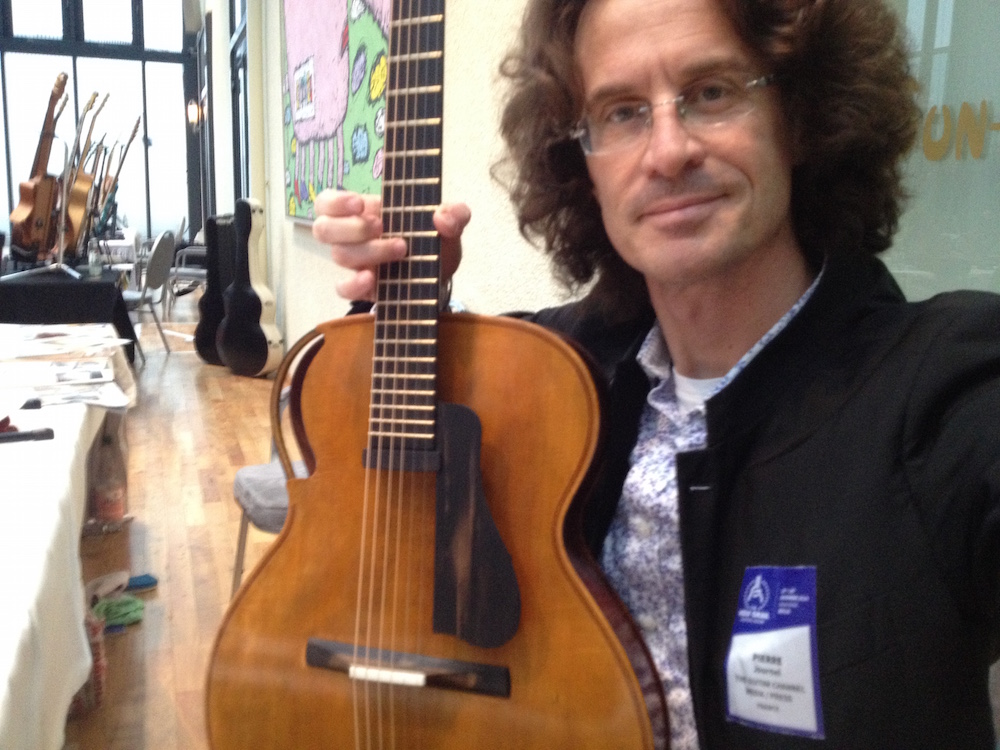 Thanks a ton Mr Parker for being such a nice guy. 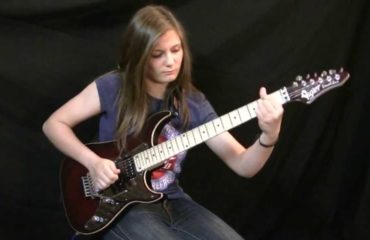 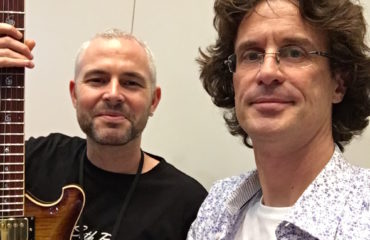 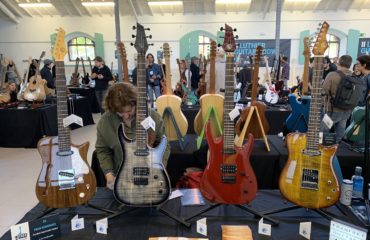