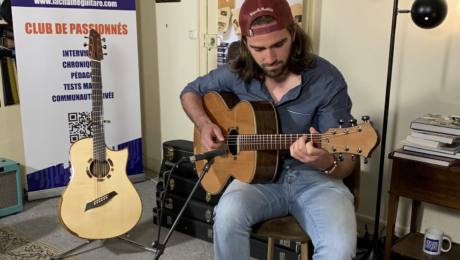 The guitarist François Thouvenot had made a first appearance on La Chaîne Guitare during an interview conducted in 2019 at the Festival Guitare Issoudun where he had played with the duo Kaïnos. As he is a big fan of the work of luthier Thomas Fejoz (thomasfejoz.com), when the latter came to the showroom to drop