During the 2016 Musikmesse I had the pleasure to meet Alan Chaput, product specialist at Eventide. I took the opportunity to do an interview with him and ask many questions about the guitar products from Eventide.

I reviewed the H9 pedal from Eventide on La Chaîne Guitare so I had plenty of subjects to address with Alan to learn more how the guitar products are developed internally and how they work on the algorithms. 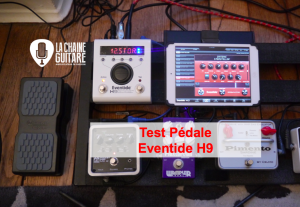 Until the next interview from the Musikmesse or elsewhere, keep on playing the guitar!