This is the setup I use to make video soundseeings for the show. The MOTU Ultralite mk3 interface plays the lead role since it serves both as a preamp for Shure SM58 for vocals for comments and as a mixer for the output of Torpedo CAB Two-Notes. 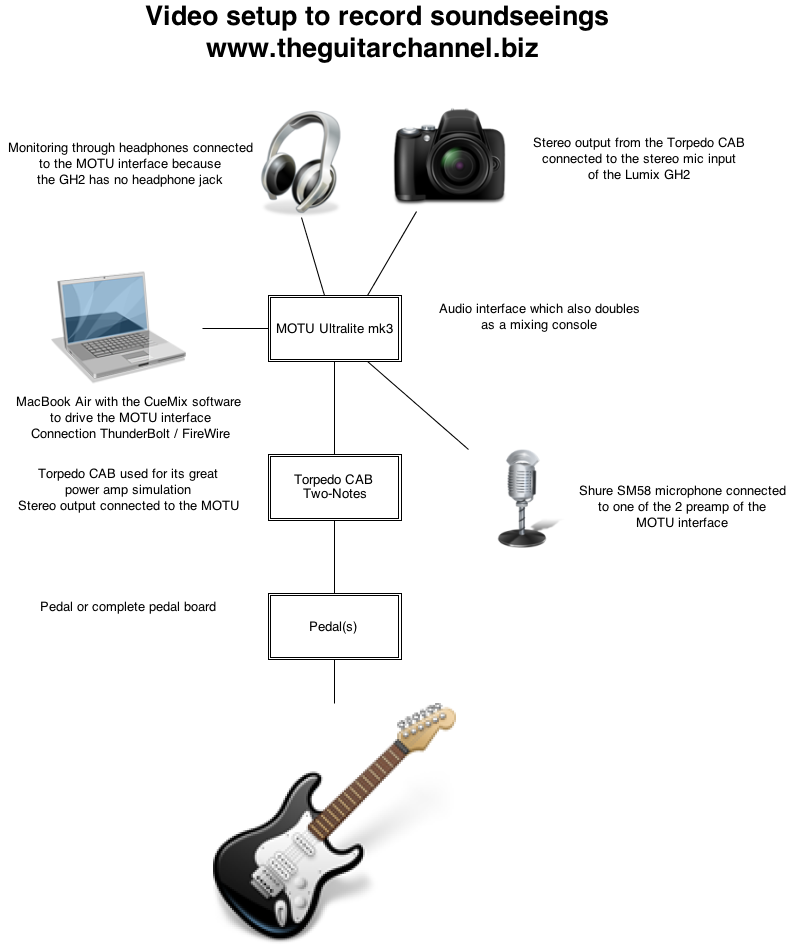 Note that the camera used is a Lumix GH2 with a 14-42 lens. This camera has a stereo mic stereo input required to make a good sounding video.

Be careful though as this input is very sensitive and is quickly saturated if you are not careful. It is possible to display a VU meter on the display of the GH2 but unfortunately it is not accurate at all so it's close to useless to accurately judge the input level. The only solution is to test and to write down the good settings.

Another limitation of the GH2 is that it does not have a headphone jack to monitor the sound. So I use a headset connected to the audio interface itself for monitoring during recording. This headphone jack is available on the GH3, the GH2 successor. 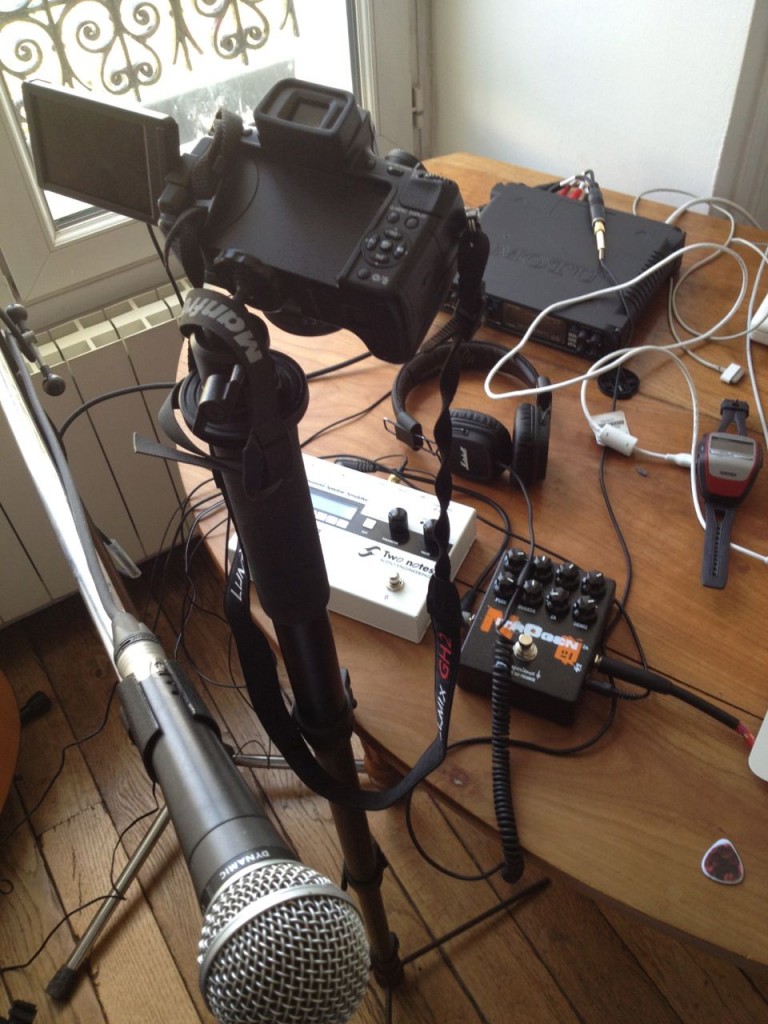 Pete Thorn interview – In the heat of Shibuya, Tokyo