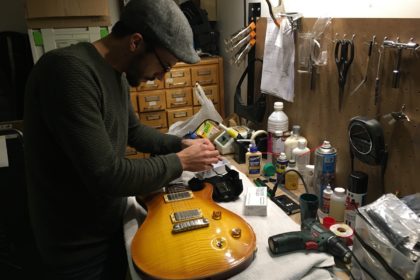 The German pickups Häussel Pickups equip many high-end European luthiers, Nik Huber, Ruokangas and Springer to name only those three. It was necessary that The Guitar Channel studied more on those pickups. The Spartan guitar built during the Spartan Project is equipped with a P90 that sounds awesome, it was time to see and hear also the humbuckers.

Having had the opportunity to play several Springer guitars equipped with 59 pickups made by Harry Häussel, I wanted to see what these pickups gave on a guitar that I know very well, my beloved 2005 PRS McCarty bought in Ottawa used in 2008 when I was living in Quebec.

Photo album of the pickup change

The stock pickups are removed from the guitars. The old strings are kept because I wanted to do the before/after recordings with the same set of strings. 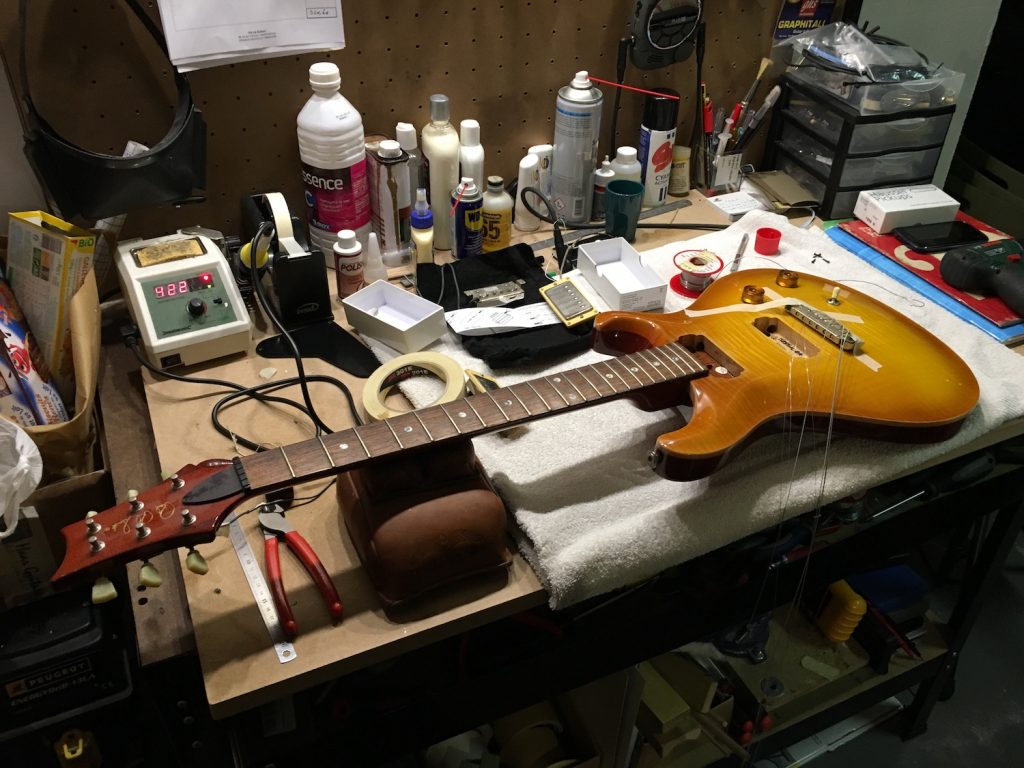 Note the Jessica first name inside the bridge pickup cavity: 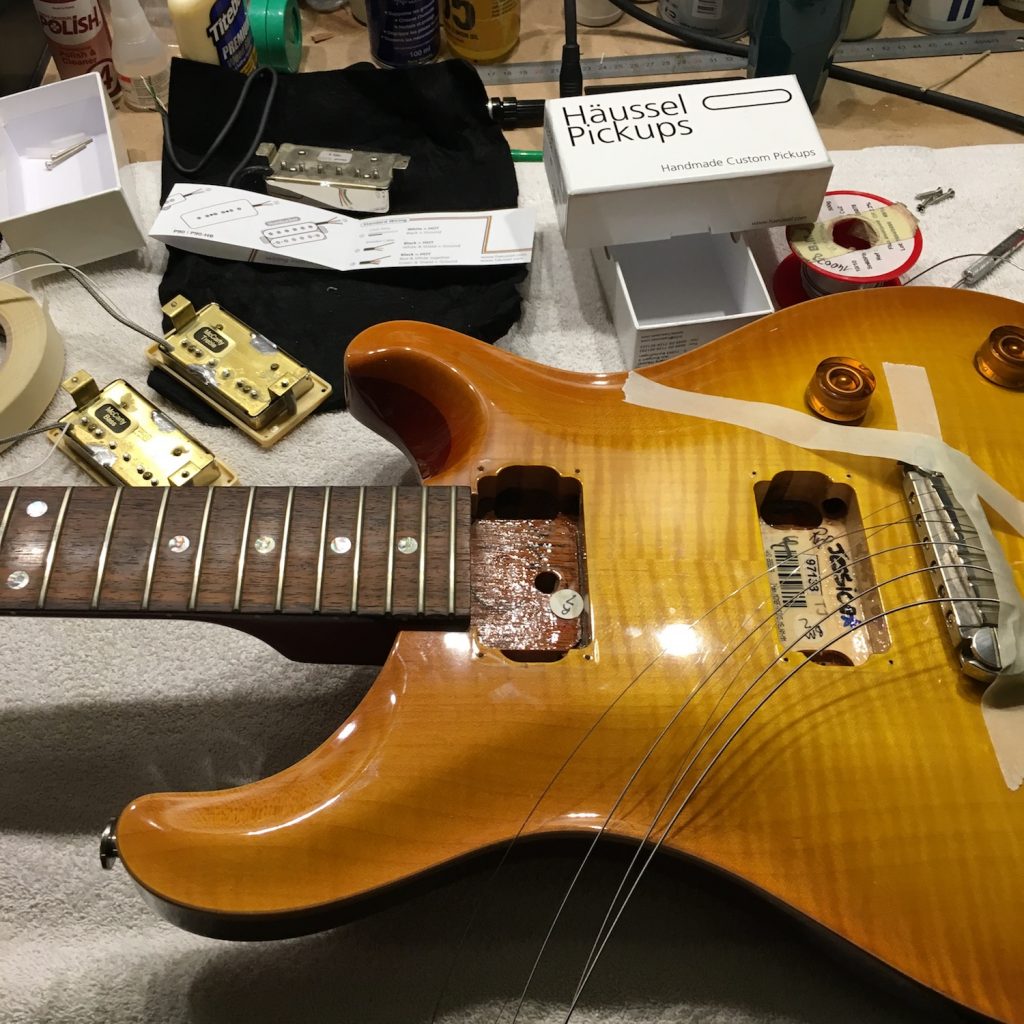 The new pickups are in: 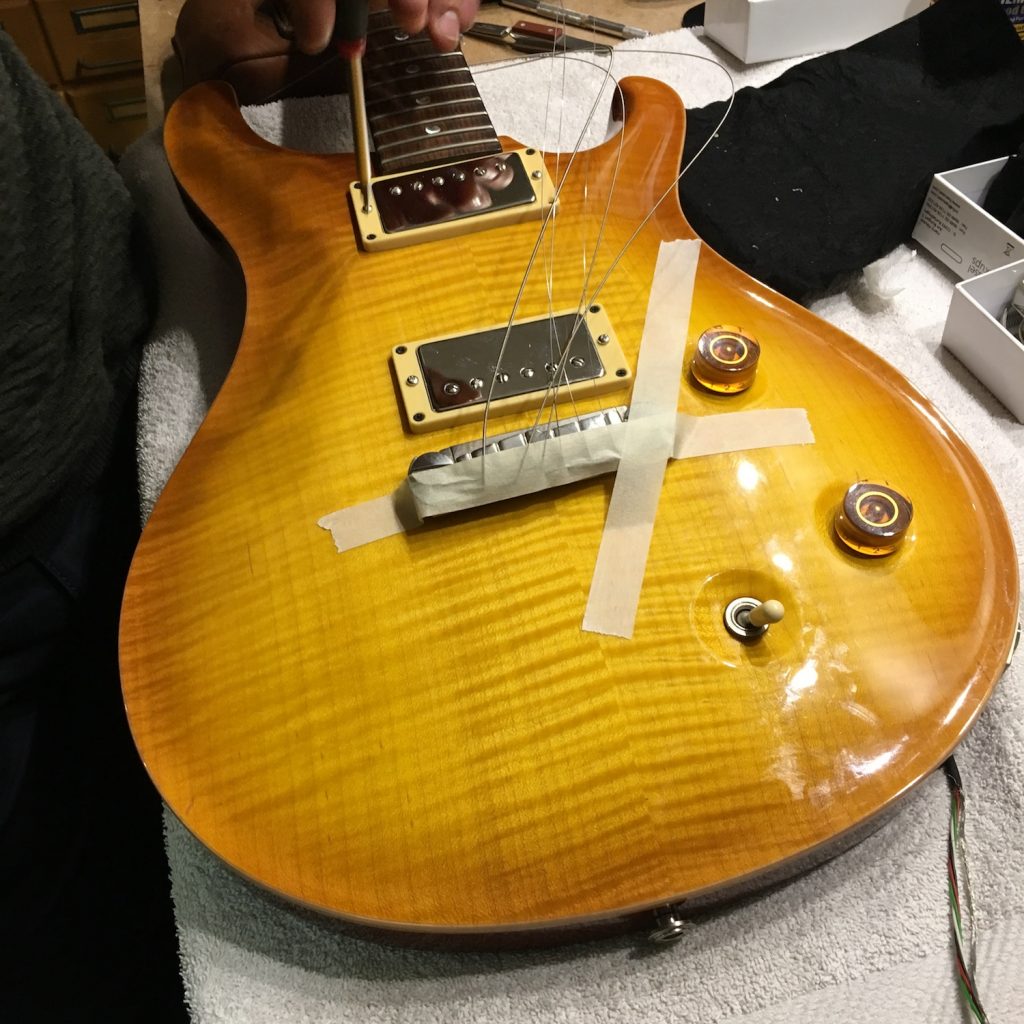 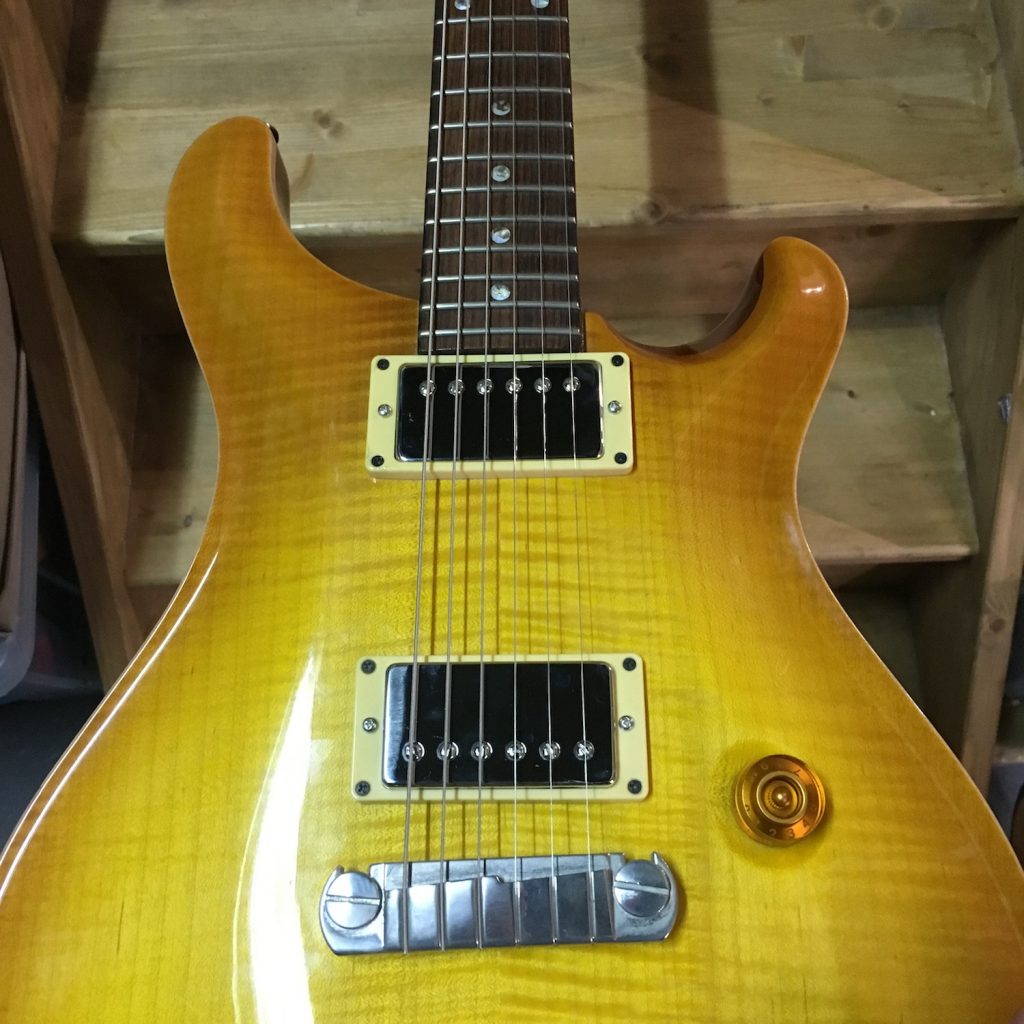 Here's a compilation of snap posted during the pickup change on my Snapchat account: pierrejournel

Until the full video article is published of the recordings of the guitar before/after the pickup change, keep on playing the guitar.

You want to amplify your passion for the guitar?
Get the Backstage Pass to watch all the videos and more!
Click here for more info on the Backstage Pass
Tagged under: Blog, Gear, Harry Häussel, Humbucker, McCarty, PRS 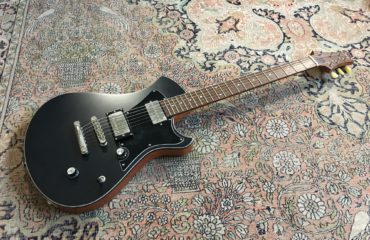 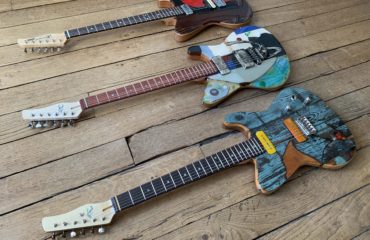 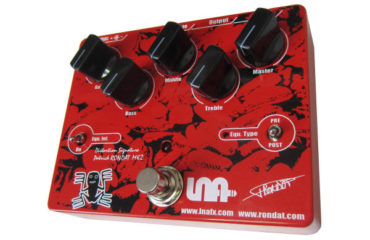